For many of us, the chances of getting close to an actual race bike is rare. It’s near impossible for us to ride one. But not anymore! You can now own a Kawasaki superbike that is jointly developed  by 2013 WSBK World Champion, Tom Sykes. This is the closest one can get to an actual race bike. 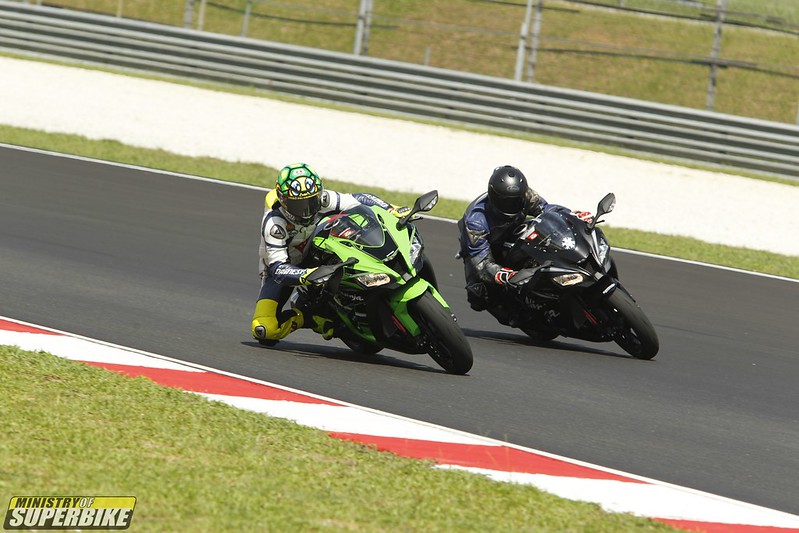 Kawasaki has been very aggressive especially when it comes to superbike domination. With 2 titles under their belt for the past 3 years, they have launched the much anticipated all new Ninja ZX-10R in late 2015. Prior to the ZX-10R launch, Kawasaki had launched the H2 and H2R, the world’s fastest production bike; making a bold statement to the world that they are still the dominating brand in the world. The new ZX-10R carries much resemblance with its predecessors.

Although under the deceptive looks, it has incorporated lots of latest technologies into this bike including some of ZX-10R’s first state of the art technology. Kawasaki says the ultimate goal is to make the ZX-10R faster and easier to handle. In fact, we were sceptical; but we were dead wrong. 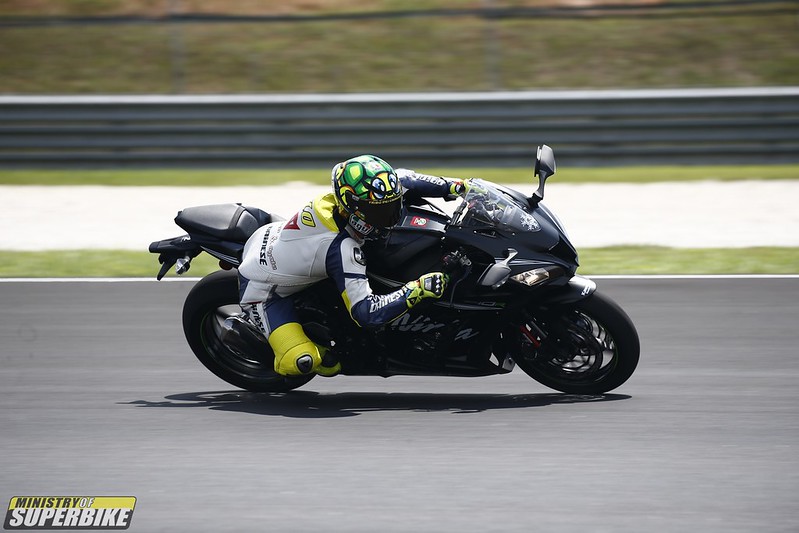 The outlook of the predecessors is something I would called ugly. I don’t like the square tail. The design is not so catchy. However, Kawasaki has successfully redefined a new design in the new ZX-10R. This new model is more stylish, sleeker and in one look you can tell that this bike has superb aerodynamic design that gives more wind protection to the rider.

They revamped the entire look completely. The front fairing now comes with a larger windshield. The duck tip at the front gives better down force and the rear tail is pointy and comes with LED lights. The only setback is that the headlamp comes with a conventional halogen lamp. Kawasaki needs to do something about this, I expected a LED headlamp like those in the Ducati Panigale. Even the small Yamaha scooters now comes with LED headlamps. 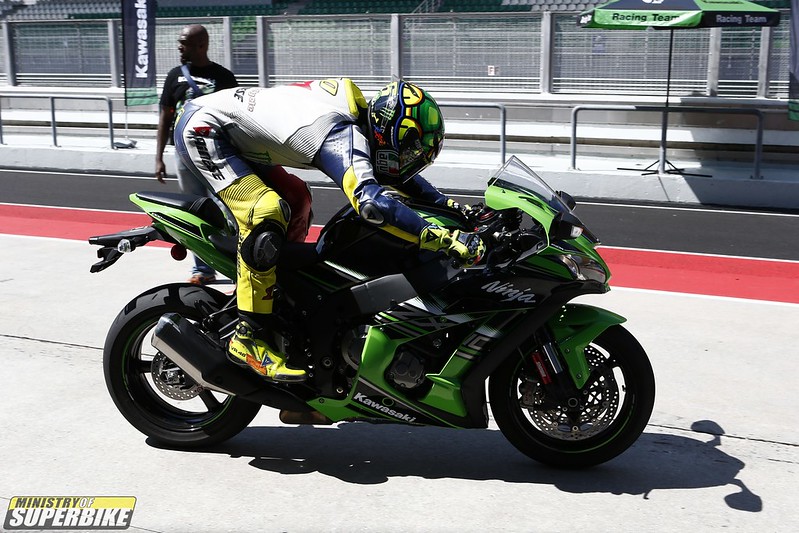 It also comes with a sleeker titanium exhaust but honestly, that doesn’t really matter as we all will change to aftermarket exhaust anyway. Putting the H2 aside, this is the first time Kawasaki is installing state of the art electronics into the package. It comes with a completely revamped Sport-Kawasaki Traction Control (S-KTRC), newly added engine-brake control, a launch-control mode, quick shifter, and smarter optional KIBS (Kawasaki Intelligent Braking System) cornering ABS.

The system now utilizes a Bosch five axis Inertial Measurement Unit (IMU) that measures longitudinal, transverse, and vertical acceleration along with roll and pitch rates. Kawasaki’s proprietary software calculates yaw rate, a sixth degree of freedom said to sense the rear end stepping out during a powerslide. Kawasaki touts this latest S-KTRC system as the most advanced of all current offerings due to its “predictive” rather than reactive nature of maximizing cornering grips and exit drives. 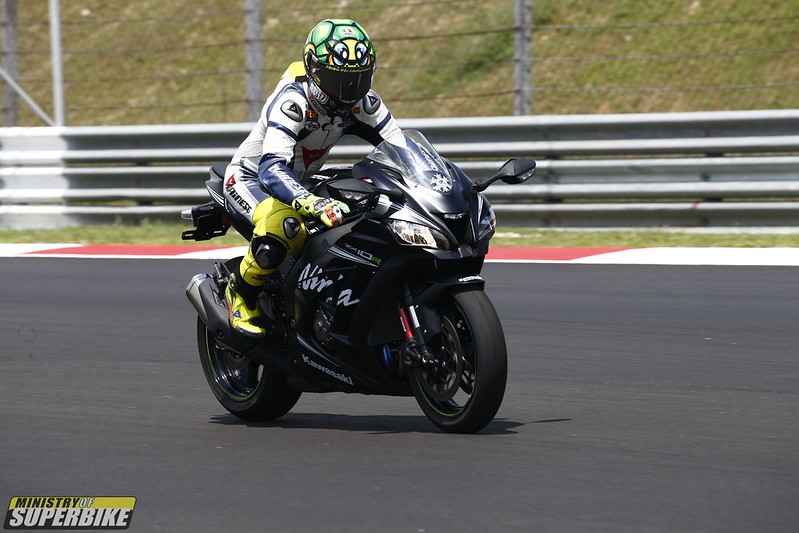 Its key feature is the race-developed lighter crankshaft that helps reduce inertia by 20 per cent, thus enhancing both acceleration and chassis agility. The chassis is completely redesigned with a16mm longer swingarm that puts more weight to the front wheel. Although it is slightly heavier compared to its predecessors, it feels very much lighter when you ride on it.

The engine is mounted higher and more forward to help with the agility and the steering head is now located 7.5mm closer to the rider. Its light steering is also matched by its stability thanks to the electronic Öhlins steering damper. 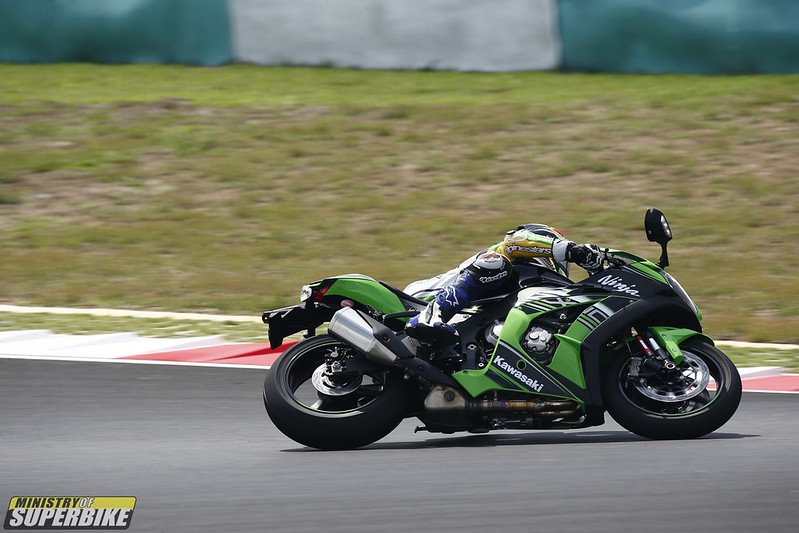 We were invited to test the bike at our famed Sepang International Circuit early last month and we handed this task to our former MSS racer and our official test rider, Eric Chan.

This is what Eric has to say.

‘The new Showa BFF suspension made a huge difference. I was about 260 kmph at home straight and I tried late braking at the same braking point I used to do with the old ZX-10R at Turn 1. It is very obvious that the new suspension works amazingly. Unlike the old ZX-10R, the rebound was a lot smoother thus giving a rider much more confidence to lean over. It doesn’t react wildly like what I used to experience with the old ZX-10R.

‘Also, the new Brembo braking power is superb that I can brake a lot later compared to the old ZX-10R. 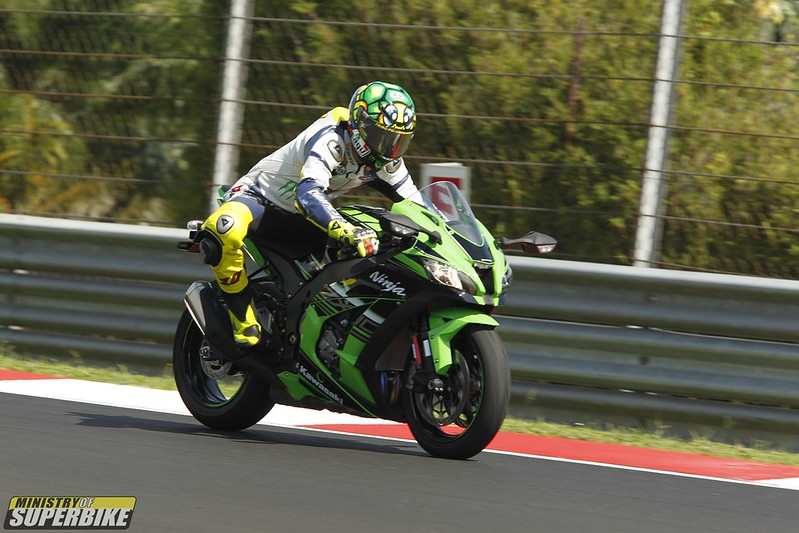 ‘After hitting the apex at Turn 1, I flipped the bike to enter Turn 2 and I was amazed as the bike was very agile and it felt like I was flipping a supersports. I was reassured I wasn’t wrong when I felt the same at Turn 5 and Turn 6. ‘At Turn 3 and Turn 9, I tested the electronics. I push harder as I leaned over the apex, trying to slide the bike intentionally but I failed as the traction control just kicked in almost instantly. It cuts off my ability to feed the ZX-10R with more petrol. The traction control immediately kicks in whenever it detects even a slight slide. That gave me great confidence. The electronics is so much more superior to its predecessor. 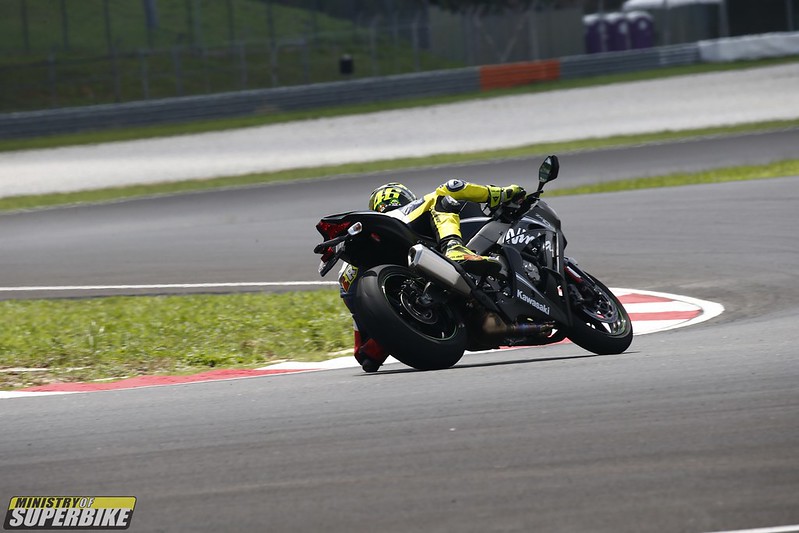 ‘The Euro 4 regulations only affects if you are below 8000 rpm. If you remain above it, the regulations won’t bother you. After clearing Turn 15, I full throttled and the power delivery was immense. I could feel the push and it just kept coming although I had max out the throttle.