I was never much of a café racer enthusiast. I love my modern superbikes so much that I’m always dreaming of having a garage filled with them. I guess I could understand why some people would appreciate a retro-looking bike with huge, round headlamps but I personally could not fully embrace the culture; not until I met the BMW R nineT at least. 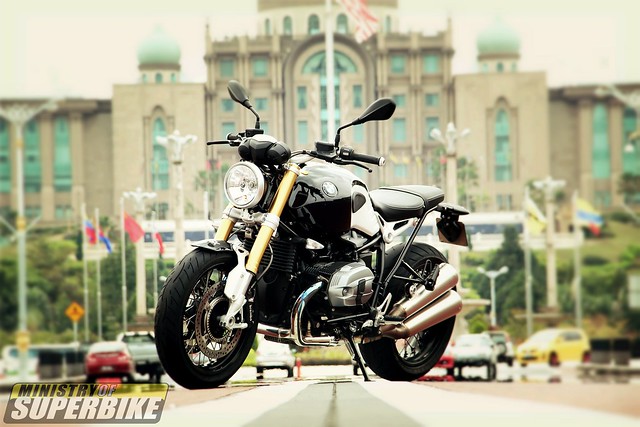 It’s common that almost every manufacturer, be it cars or bikes, will launch a model to commemorate their anniversary celebrations. As Ferrari did with its F40, F50, Enzo and etc. So did BMW. Last October, BMW Motorrad unveiled the R nineT – a strippeddown and classy rendition that pays homage to their 90th anniversary celebration. Completely opposite from the others, the R nineT is designed based on the simplest form. It means no fancy gadgets like traction control, or ride modes like its electronically advanced BMW S1000R and RR brothers. The outlook of the R nineT is reminiscent of a Ducati Monster (I might even dare to say it looks better) and I think many people in the world would agree with me as the BMW R nineT is now the 4th best selling BMW Motorrad model in their lineup despite only being introduced this year. 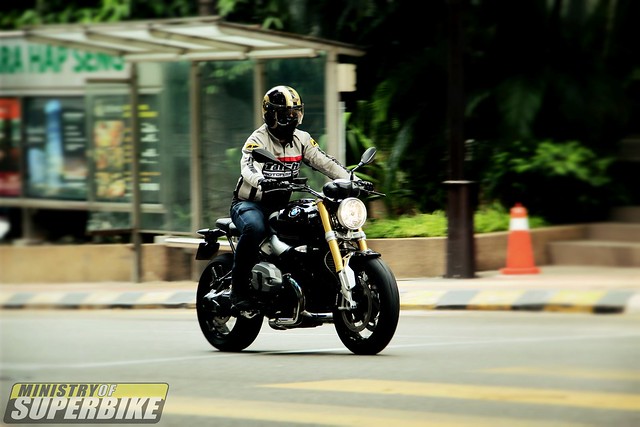 The only notable technology used here, as on all modern BMWs, is the standard equipment ABS. The intake ducts, handlebar clamps and fork yokes are brushed aluminium and contrast nicely with the massive gold anodized fork tubes, and the BMW roundel nestled within the headlight lens is a nice touch. 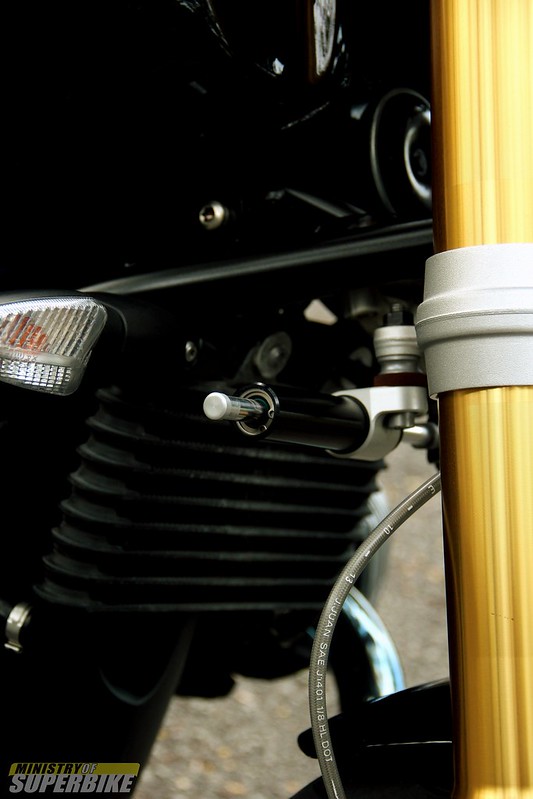 At a glance, the most noticeable part is the engine. The huge 1,170 cc air-cooled engine that produces 110HP at 7,750 rpm and 88lb/ft of torque sits across the bike, giving it an immense presence. What made me fall in love with the R nineT is the rumbling feeling that the bike gives, under a blip of the throttle. Before I lean into a corner, the bike growls as I downshift and the feeling is unexplainable. The twin Akrapovic mufflers that came with the bike helps to increase tonal pleasure. 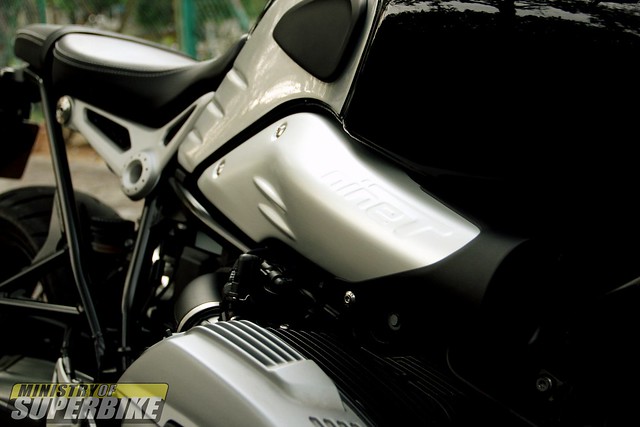 As mentioned, although it comes with no modern tech assist, for safety reasons, it comes with two four-pot ABS-assisted Brembo monobloc callipers at the front and a twin-pot unit at the rear. Although the R nineT looks bulky, it is surprisingly light. Not only that, it is very responsive and also agile to ride. The suspension on both the front forks and the vertical monoshock may be non-adjustable but I doubt you’d want to meddle with it anyway because it is so well set up for the road. 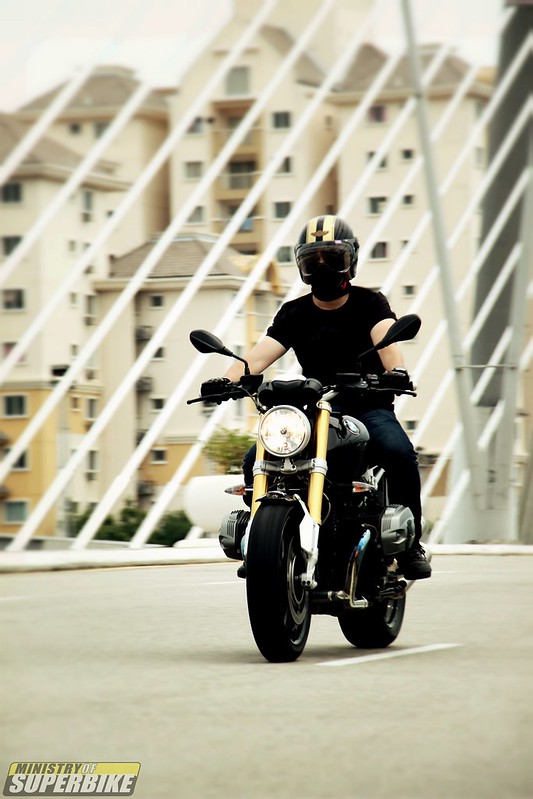 After trying the BMW nineT, I couldn’t help but fall in love with it. It’s a lovely bike to take your lady for a ride around town. The bike might even steal the thunder from your lady, with many people casting envious glances at your motorcycle instead which is a piece of moving art. BMW has definitely upped their game and the R nineT will no doubt help to expand BMW’s already big pool of riders. The BMW R nineT represents the perfect blend of retro looks and modern performance and I just love it.