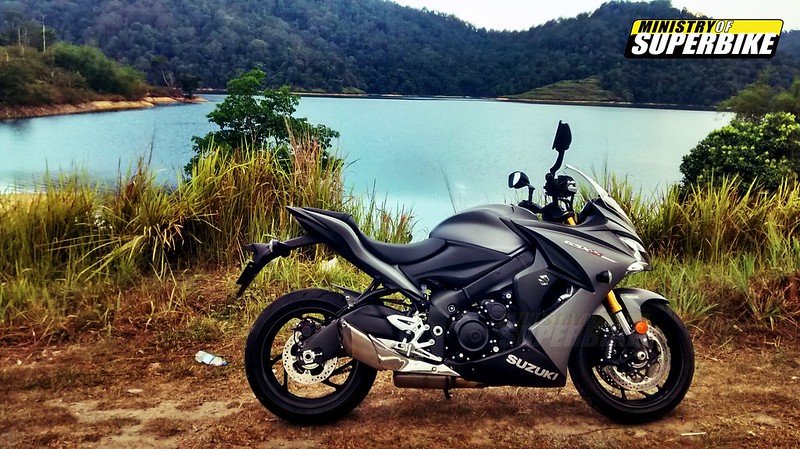 Suzuki Assemblers Malaysia Sdn Bhd officially entered the Malaysian big bike market in the first quarter of 2014, by launching 4 models that encompasses different segment of riding – Hayabusa, GSX-1250FA, GSX-R1000 and V-STROM 1000. Subsequently over the past 2 years Suzuki has steadily brought in a few more models to complete its range of offerings. Gladius, V-STROM 650 and GSR-750 were gradually introduced over the past 2 years and the latest model to enter the market currently, GSX-S1000 (naked) and GSX-S1000F (faired) that was first previewed during Sepang MotoGP last year. 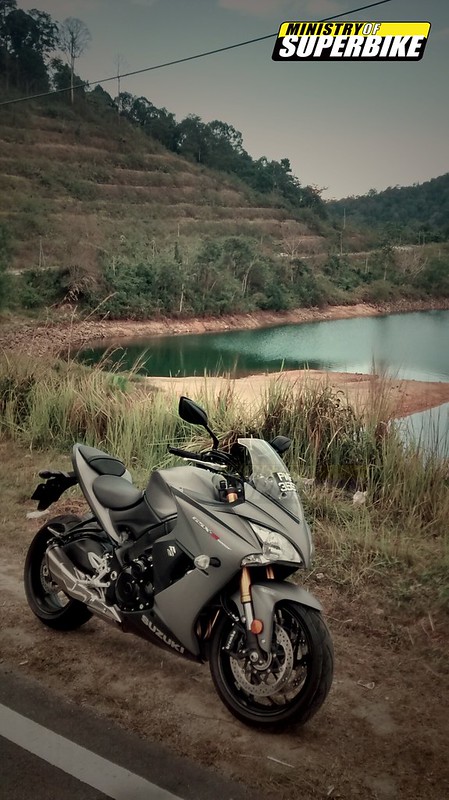 After a quick glance of the bike’s overall, i geared up and off i go with the bike. Initial impression, the bike is lighter than i had first anticipated. I was thinking of giving the bike a quick blast on SILK highway, but as i was heading towards the direction of Semenyih, another idea came up my mind. “Why not see what this bike can do in Stage 1?”. High speed highway runs is too common and meaningless for a 1000 c.c. engine. So from Semenyih-Kajang bypass, i gave the throttle a hard crack while on 5th gear and the litre-engine whirrs effortlessly from a docile 80kmh to 160kmh before i can finish counting 3. From there i head towards Cheras bt14 town and then the start of Stage 1.

Despite running at slow speed in kampung roads, the engine shows no lugging while completing Stage 1 at 4th gear alone. The handling is precise, goes wherever i points it to without fights and holds the line firmly and easily, butt shifting is relatively effortless and soon i found myself reaching the T-junction that marks the end of Stage 1. While i did not had the suspension dialed, the setting that was on the bike is already set for street riding proper. There were many occasions of going over bumps and hitting cracks and dips on road, the stock suspension soaks it all up without excessive force being transferred to rider like what a supersports suspension would usually do. 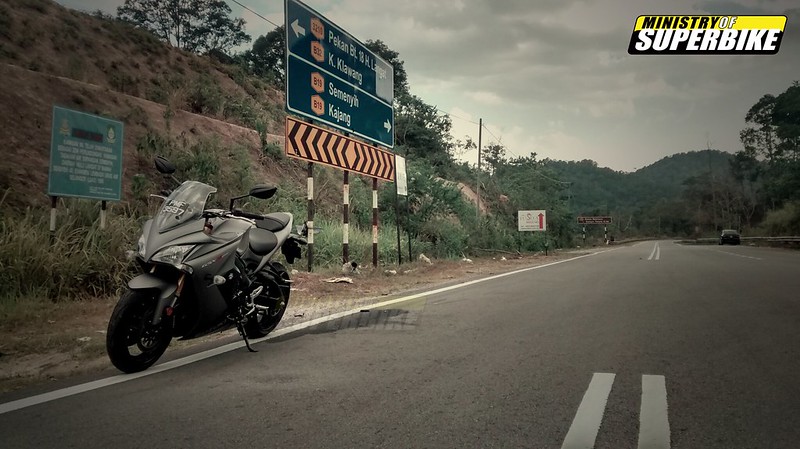 Honestly despite being a litrebike, the size doesnt felt like one at all. The head is rather slim for a faired bike, with a bikini windshield, coupled with the raised handlebar ala naked bike, instead of a clip-on, made the bike so flickable I would’ve thought that i am sitting on a middleweight naked bike instead! But make no mistake, do not let the size and weight fool you. I am sitting on a 1000cc engine derived from GSXR-K5, albeit detuned and powered down from the original, to make it a very ride-able bike.

Yes i repeat the above, this GSX-S1000F is a very rideable bike. I would love to call this a inner-city litrebike. You can practically ride this into the city anytime without worrying of joining heavy traffic. The body is slim, the handlebar width is not excessively wide, making filtering in between cars as easy as what i would normally do on the Versys. Engine response does not produce violent jolts or on/off power one would usually experience from other 1000cc engine bikes of the same class, even i was riding the bike with Traction Control OFF. Nevertheless as with all litre bikes, care and sense on the throttle should always be practised. The torque range for this engine is roughly in the range from 3k onwards. I do not know where would the torque range top off at since i did not try to rev anything above 8k. Just FYI, the redline is from 11.5k to 13k rpm. Despite having a low Redline, what i can tell you is, pulling off from the traffic lights while shifting at 7k and above? Pure bliss!

The gear shift is a soft click, in many occasion i find myself unsure if i had indeed got into gear, but fret not, there is a gear indicator in the full LED tacho/speedo. Towards the end of the test ride however, i had gotten used to the soft clicking of gear change i no longer needed to look at the gear indicator, each gears are positively engaged and shifting down to Neutral before stopping is easy. Another special feature to note, to fire up the engine, just a light tap on the starter button will do, instead of holding onto the button till it is fired up as we all do with other bikes. Nice touch, Suzuki! 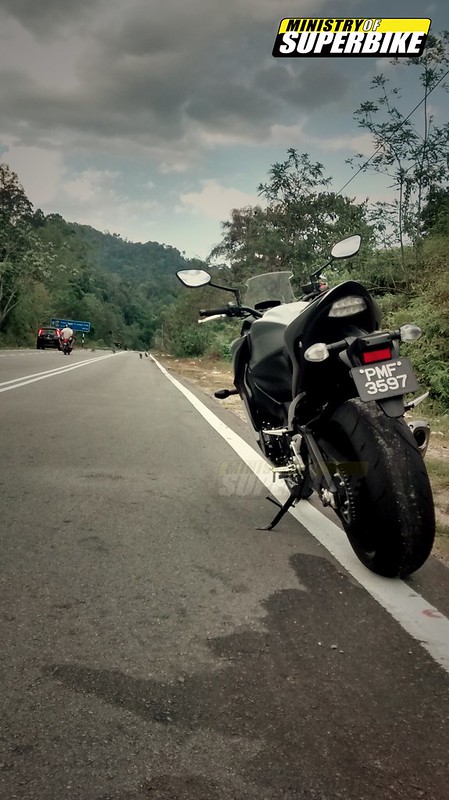 That being said, I have only 3 grouses with this bike. The first one, despite having a Brembo-labelled caliper coupled with ABS system as standard on both models, the actual braking test did not do justice to its namesake. Perhaps steel braided line and a pair of aftermarket, metal-sintered brake pads would help improving the initial braking bite. My second grouse, the windshield on the faired version is too small, it looks as if i had just slapped a mini windshield on a naked bike. Other than cosmetic to complement its fairing, i cant see any other benefit of having stock windshield that does not shield the riders from wind at all! Larger, aftermarket windshield anyone? Yes, please! Last grouse, the handlebar experiences a constant buzz once you hit above 6k rpm. If you are going to ride long on a highway stretch at that rpm range, do remember to relax your grip.

Except for the fairing and windshield on the S1000F, the S1000 is the same bike in every other aspect. The faired version retails at RM82,475.68 o.t.r while the naked version retails at RM77,579.27 o.t.r, a difference of close to RM5k. Does the extra fairing and windshield worth the price difference? I’ll leave it for you to decide. If you are unsure and needs help to decide, a quick test ride will alwayd answer any questions you should have in mind. Once again a very special thanks to Cycle Advance Kajang for providing the bike for this ride review.