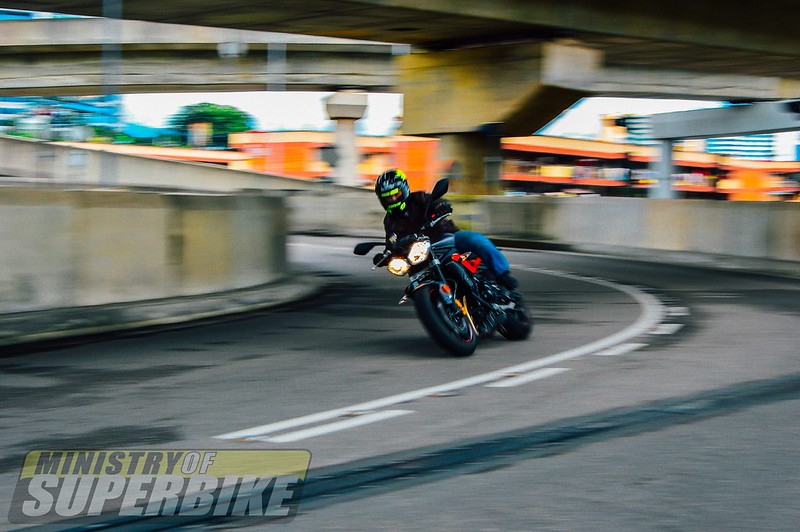 I wasn’t really a fan of naked bike. Although I tried quite a decent handful of models, it fails to attract me. Malaysia International Motorcycle Show is just around the corner and Triumph, being the main sponsor; is giving out a Street Triple R as the grand prize for lucky draw. When I came across it, my first perception was a little sceptical about the performance of the bike. However, I decided to give it a try so I called up Triumph Malaysia and arrange for a test ride. Being a newbie in the industry, I honestly didn’t know that I am about to ride the world’s best naked bike. And that is about to change. 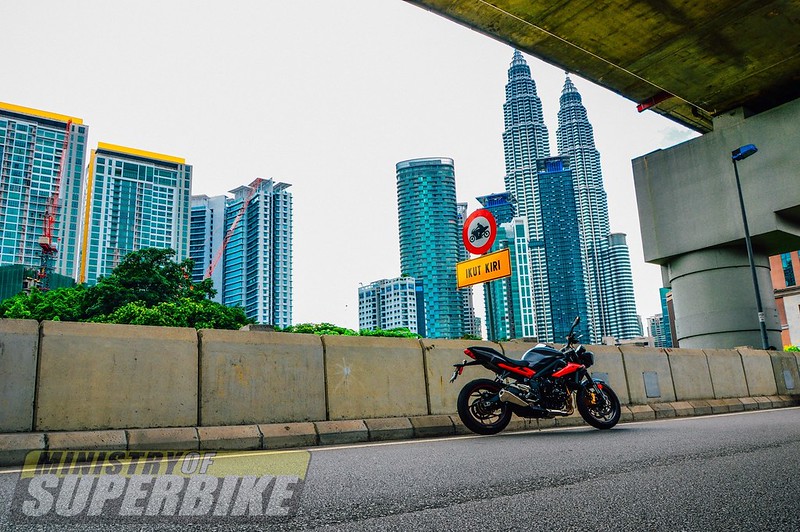 This is the 3rd generation of the Street Triple and it reminds me of the Steven Spielberg movie, E.T. That 2 ugly looking headlamp is such a turn off. It gives me the impression as though the engineer forgets about the headlamp during the design stage and simply chucked a headlamp within reach to complete it.

However, the rest of the bike looks great. It comes with an adjustable suspension and a neat looking gold Nissin calliper. It comes with a very attractive red sub frame with a little ‘R’ sticker at the side. The OEM exhaust pipe is way much better than those on a Kawasaki; at least it came with little design. But it doesn’t matter as it will definitely make way for an aftermarket exhaust. 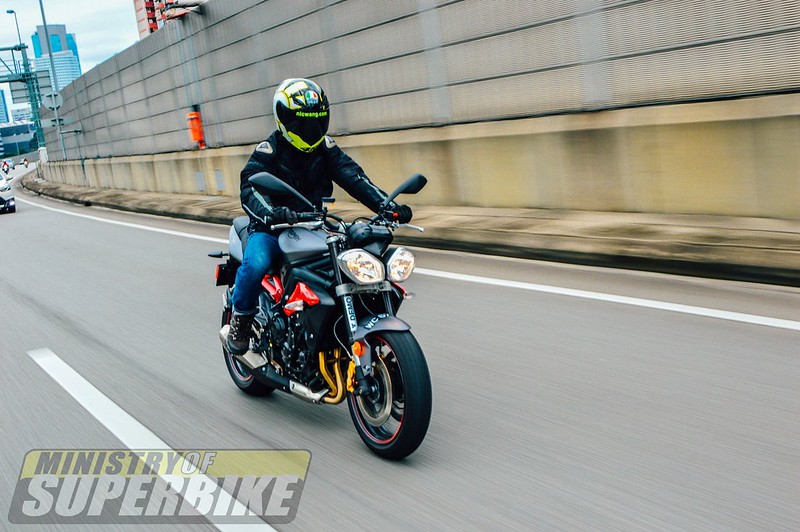 The unchanged 675cc in-line three cylinder engine cranks out 105 hp, which is the most engaging power plant that spins smoothly to the 13,000 rpm redline. It takes a few blips of the throttle to experience a fast revving nature and its three cylinder engine offers a perfect blend of top end power and usable torque. I hardly touch 12,000 rpm as for city riding; you need only half of it. 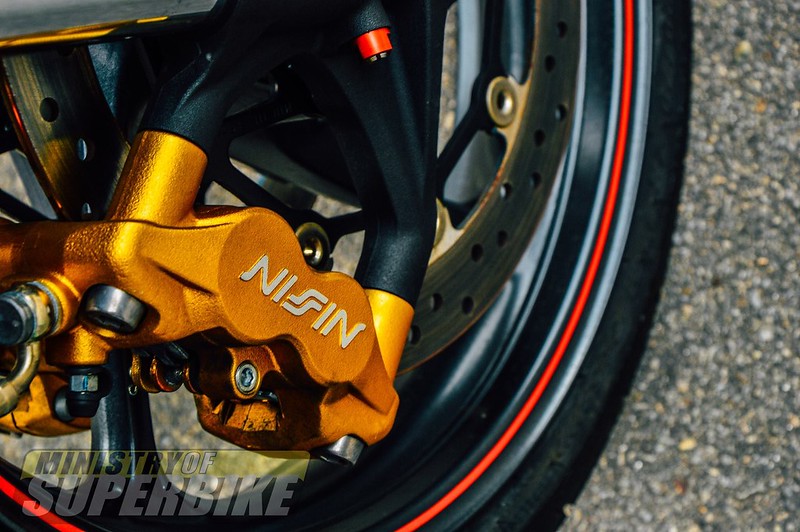 The radially mounted Nissin calliper with a 310 mm disc at the front and Brembo calliper with 220 mm disc at the rear works perfectly. It gives all the confident that I need during braking. Do it harder, I could even do a stoppie easily. The best part, it comes with ABS. However, I am not sure if it is optional.

Handling made easy with 6kg off compared to its predecessor. The seat is feels more to the front, at one point of time, I felt like I am sitting on its tank. The centre of gravity has been lowered to make the bike more agile. The bike felt so light that it gives me the absolute control over where I want to go and always keeps me on the line.

The exceptional handling was compliment by the multi adjustable Kayaba for both front and back. However, the greatest setback for its suspension is the placement of the handlebar leaves a little space for the front fork, making it hard to adjust. 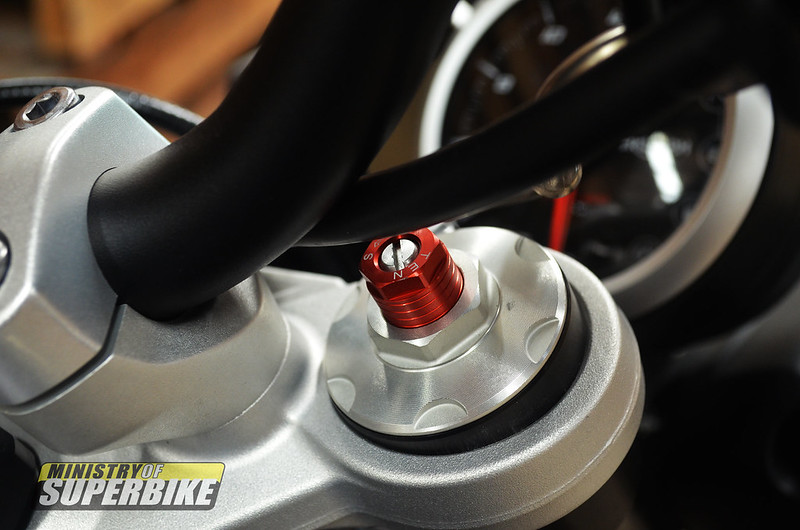 Overall, I concur that the Triumph Street Triple R is no doubt the best naked bike in the market. The numbers may looks a little low on the paper, but riding a bike its about the whole package. Although I still can’t accept that it looks like an E.T. from front, but everything is forgotten when the joy kicks in the moment you start it’s engine and experience its handling in a whole package. It is truly the best naked bike I’ve ever ridden.