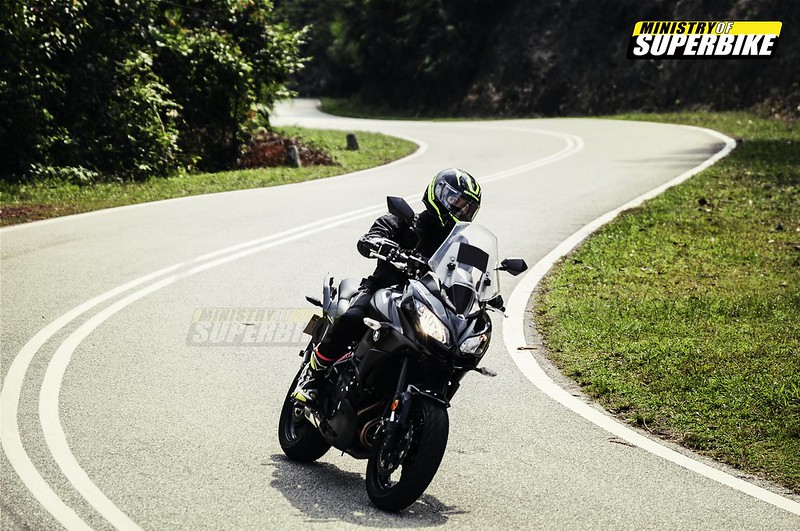 Recently, I had the opportunity to try out the new Kawasaki Versys 650 (2015 model) for a few days.

I have a couple of friends who ride the older model of this bike, and I’ve been told that this is one of the more affordable “Dual-Purpose” type bikes in the market at the moment. Dual-Purpose or DP bikes as it is more commonly refered to with biking enthusiasts – features both on-road and off-road capable elements on the bike making it a versatile bike to have around.

However, the Kawasaki’s Versys 650 only utilises some elements from the DP concept but is more optimised for the road.

I have to also mention here at this point that this is my first time riding a bike of this sort, with previous experiences only riding sports, super-sports and naked sports bikes. 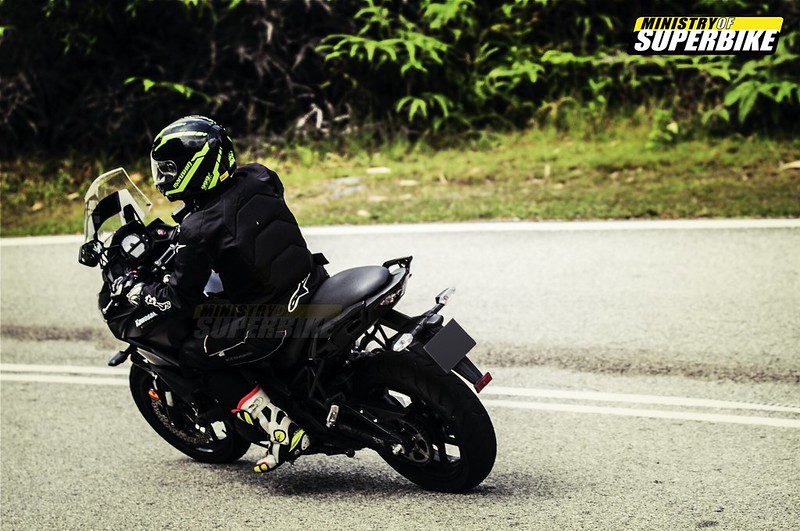 Riding the Versys around the urban jungle that is the Klang Valley was actually not very difficult. Looking at the size of the bike you would think that this was a rather large bike but weaving through traffic “ala cilok – as it is popularly known amongst local riders”, seems to be a rather easy affair.

As soon as I collected the bike, I had to weave through plenty of stand-still peak hour traffic in downtown KL. Definitely not ‘kapchai’ easy but even with the size of the bike it’s rather quite easy to maneuver.

Now I know why I seem to see quite a number of Versys bikes roaming around (especially) equipped with top boxes during the weekdays’ work hours. Is it daily ride friendly? You bet’cha.

Ride into downtown KL to your favourite kopitiam and head to PJ for your next appointment? No problem.

Suffice to say, I’m quite impressed by its easy to ride setup. The only thing that I found to watch out for is that since this is a more upright bike, one might not want to take it for granted when making abrupt slow turns (or rather u-turns) especially if you have shorter legs and need to tip toe when fully sitting upright. Gotta watch out from any “Jatuh Bodoh” moments! 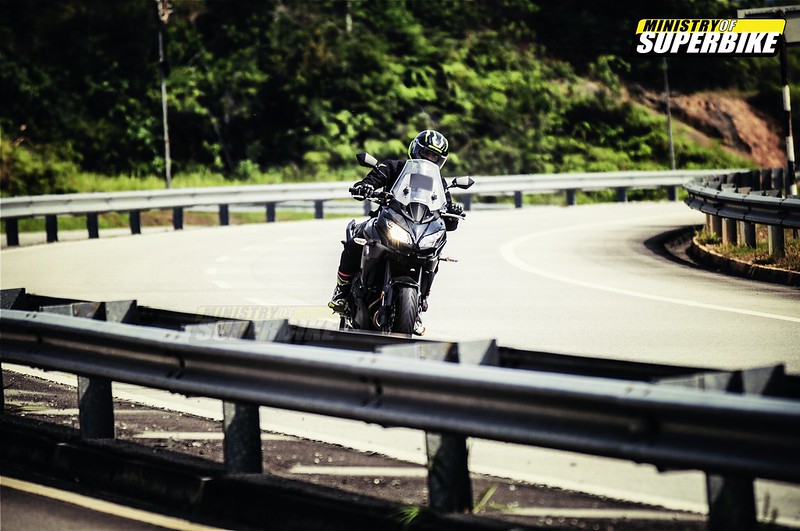 A friend of mine who happens to own a previous generation Versys rode with me during the weekend so I could take this bike out for a decent ride. Of course, we took the opportunity to take some pictures in the great outdoors.

Riding the Versys to the smaller towns and hill twisties proved to be rather enjoyable. The riding position and setup allows the rider to well, literally just “enjoy the ride”. It is easy to ride, and riding for long durations without stopping doesn’t really make you feel strained as compared to some sports bikes.

The bike is comfortable, and with adjustments possible on its suspension setup – one can definitely tweak the bike to suit one’s weight and riding style. Or rather, the type of roads you will be riding on.

We headed to twisties, took longer than usual routes to small towns for meals and coffee and there was even some Musang King durians involved.

We also took the opportunity to explore quite a few side roads that we normally didn’t ride on just to find out where the roads lead to. We traversed a couple of steep small roads leading up to orang asli villages with no worries.

The more I rode this bike, the more I liked how easy it felt to ride this for long hours. We literally spent the entire day riding around and I had to say I was quite pleased at the end of the day. 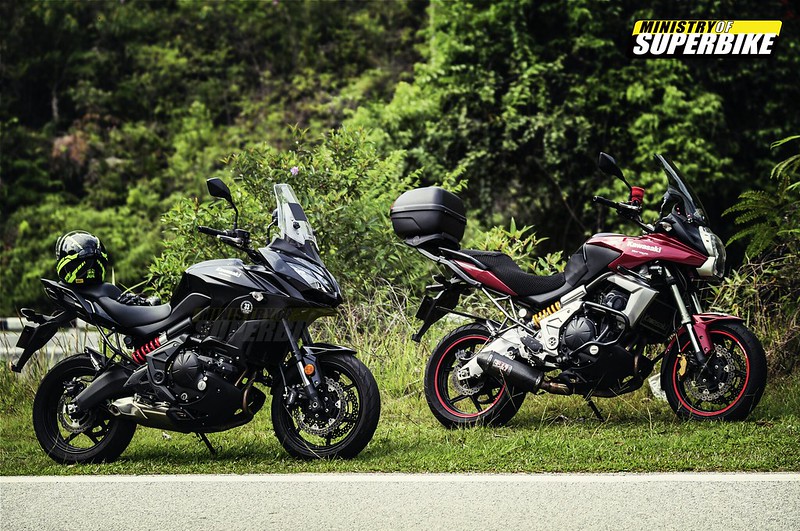 The 2015 model features a refreshed look as compared to its predecessors. Most noticeable is the sharp dual headlamps and according to Kawasaki, it also features a number of technical improvements and power delivery.

The power delivery is quite smooth and is quite linear up until the high range. The engine is definitely tweaked for comfortable riding while being able to give you the power required to do any required overtaking without being too aggressive.

Don’t ride the Versys with the expectation that this is a sports bike as it just isn’t meant to be aggressive but there is definitely enough power to get by in most Malaysian highways, town rides and small village roads.

The only thing I wasn’t too pleased about was the lack of feedback from the original tyres that came with the bike, but I suppose this is a rather easy fix and is quite subjective to most people depending on one’s riding style. 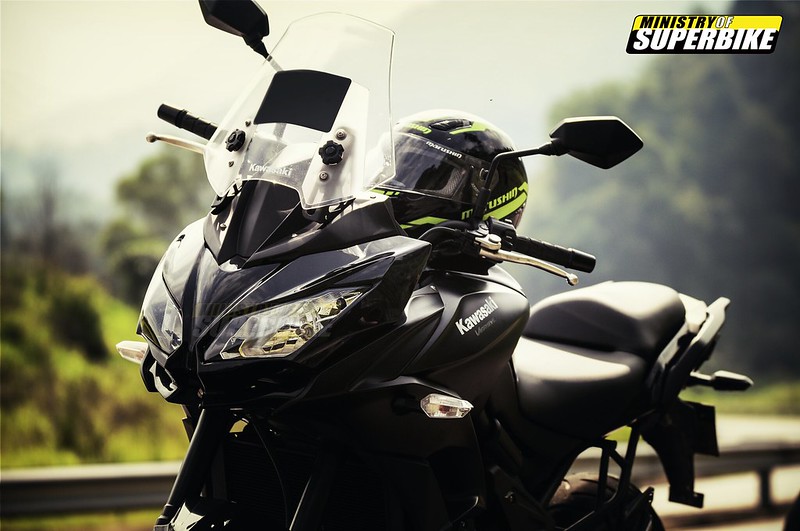 Could You Do With One?

If you want a bike that’s easy to ride around and not something that will break the bank as compared to some of the European rivals, then this would be a fantastic choice.

At its price point, it’s no surprise why this is one of Kawasaki’s more popular bikes. If sky’s the limit, this is definitely one of those kind of bikes you would want to have in your garage, especially if you can afford a couple of different types of bikes.

Plenty of accessories would help in your longer rides, such as side boxes or a large top box you can throw your helmet into when stopping for breakfast in a small town 200kms away from home. Who knows, you just might be able to bring home a couple of small Musang Kings in those boxes too.