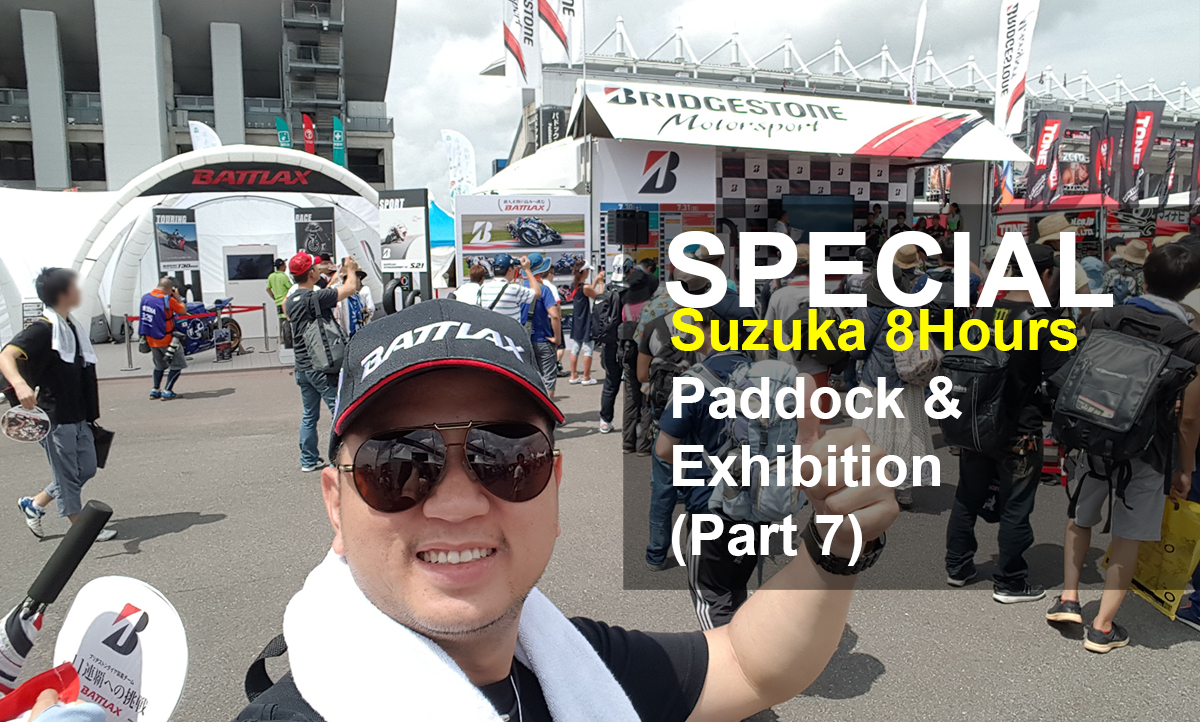 Masashi-san arrived and immediately led me to the media center and the scene there was simply amazing. Hundreds of medias from across the world took up almost every seat in the centre.

I was ushered to the café located within the media center and was duly introduced to the officials from the Suzuka Circuit. Best yet, I was also given a VIP tour of the podium, the hospitality area and the pit.

My first stop was at the podium and I had the privilege of standing at the very same spot where the champions of Suzuka 8Hours and Formula One races stood. What a feeling but the only difference was that I was just a visitor there.

And something was just not right here, I think. With Pokemon Go madness all around the world, there was a no-go Pokemon in this circuit that was strangely pretty much amusing. Enough of Pokemon!

After that, I was led to the hospitality area. Surprisingly it is an even better place to watch the race compared to the grandstand. It is a comfortable and cool place to hang out and one could watch the race clearly from here. Best part is, the pit is right under you.

Next, I was given an escort tour to the pit area. Unfortunately cameras were not allowed in the pit. But to be given the rare chance of being upclosed to the riders and machines was certainly and unforgettable experience, for me at least. Although I’d been to pits countless of times during track days in my country, the feeling of just being here, in Suzuka was entirely different. It was awesome!

More photos of other teams…

After the VIP tour, I decided to go back to my seat and watch the free practices and the top ten fastest in the trials. Again, I’m no stranger to the loud noises from the exhausts of the bikes as they passed by me. The high decibel sound might be a nuisance to many but they are music to my ears.

The crowd was getting bigger and bigger by the minute and the unforgiving brazen sun was beginning to burn my skin, I decided to walk around the circuit and to visit some of the key attractions in the circuit. But before I do that, I want to visit the exhibition area first. A must.

Big names like Honda, Kawasaki, Yamaha, Suzuki and KTM were there. Honda displayed the actual RC213V that belonged to two times world champion Marque Marquez. I had an opportunity to knee down with “Marquez”! What excitement, what thrill, I tell you.

The most interesting bike on display that day would have surely been the all new Honda CBR250RR. I can proudly lay claim that I am the first Malaysian to see the bike in flesh and to get up close with it.

Yamaha displayed a few interesting bikes like the XSR900, R1-M and the most prominent bike on display was, of course, Valentino Rossi’s M1. Again, I had the opportunity to sit on it. For that ten seconds, I felt like Rossi! Beat that!

Kawasaki, on the other hand, showcased their H2 legends. Amongst them is the fastest H2, the new color scheme H2, WSBK machines and others. As a Kawasaki rider, I was given a team merchandise that I could use at race day the next day. Lucky me.

I also took the opportunity to visit Bridgestone booth to further understand the new RS10R and S21 tires. In the meantime, I was given many great insights on the actual Team F.C.C. TSR Honda CBR1000RR which was on display at the Bridgestone booth.

Having done with the principals, I proceeded to the after market section. That section looked very interesting as there were many partial and nicely done up bikes on display. The highlight of that area was the MotoX high jumping and back flipping shows performed by a bunch of MotoX riders.

Other exciting booths at the aftermarket zone….

Another interesting thing that I would like to highlight is the driving and riding school. Suzuka Circuit is actually owned by Honda hence it is only natural they have a driving and riding school here. Complimenting the race, they actually teach riders some basic skills on riding and handling like negotiating the slalom, when and how to apply the emergency brake, and etc. They even have a separate section for all newbie who have never ridden on a bike before.